This website is dedicated to the life and work of ‘The Morebattle Poet’ Robert Davidson (1778-1855). The purpose of the website is to keep Davidson’s memory alive and to promote discussion of both his life and work and the times and the district in which he lived.

Davidson was a farm labourer who published three volumes of his own poetry during his lifetime. He also wrote a short autobiography to accompany his third and final book of poems. This makes Davidson one of the first working men anywhere to have published an account of their lives. Given his circumstances, his achievement is a considerable one. Given his circumstances, the insight he provides into such lives and times is an invaluable one.

To the best of our knowledge, Davidson never once left the Morebattle district, the small corner of the Scottish Borders in which he was born, lived and died. Davidson was a ‘day labourer’ and sometime ‘hind’ and like others from his station in life, his wages were low and somewhat uncertain. He lived his life in poverty and often on the edge of destitution. His is the authentic voice of the rural poor. 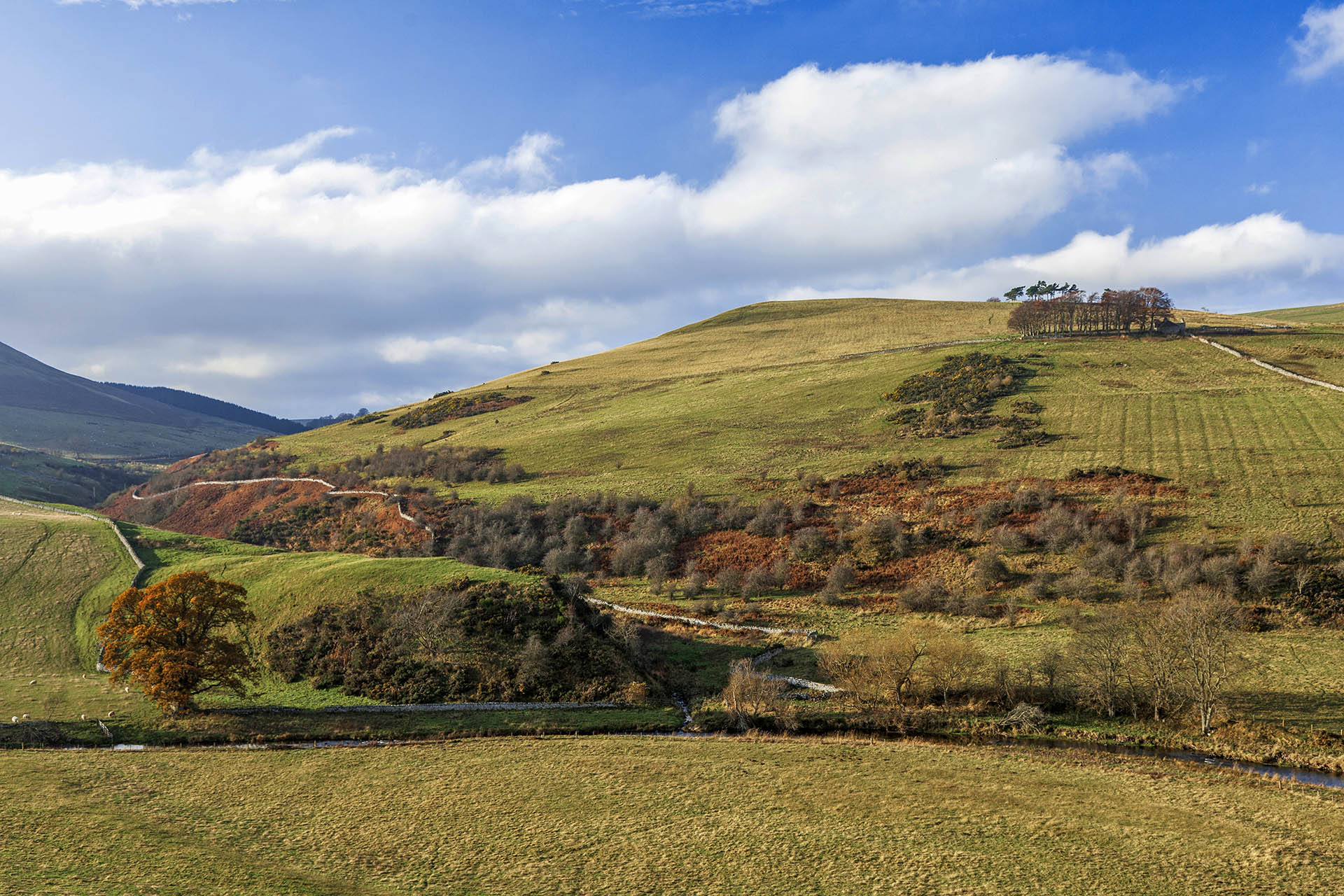 This landscape, near Morebattle, will not have changed much since Davidson’s lifetime! 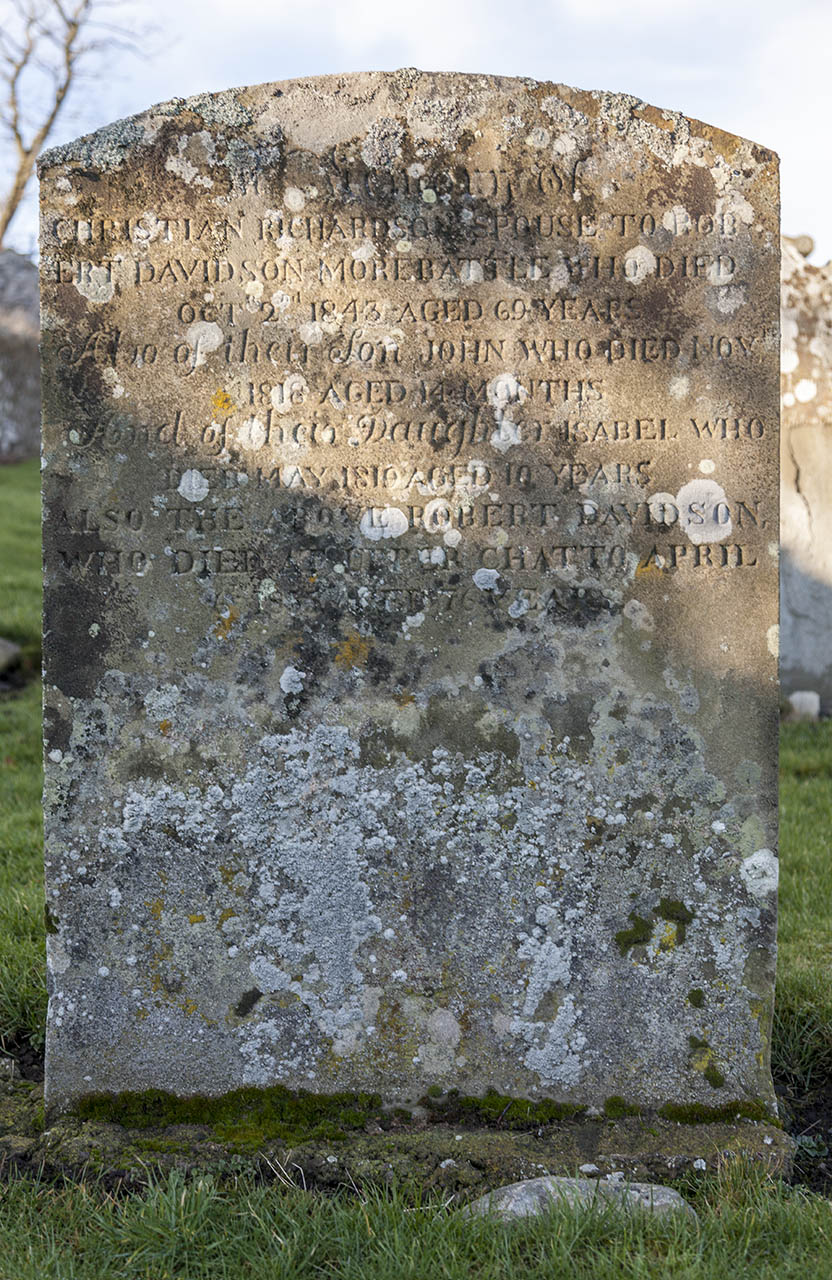 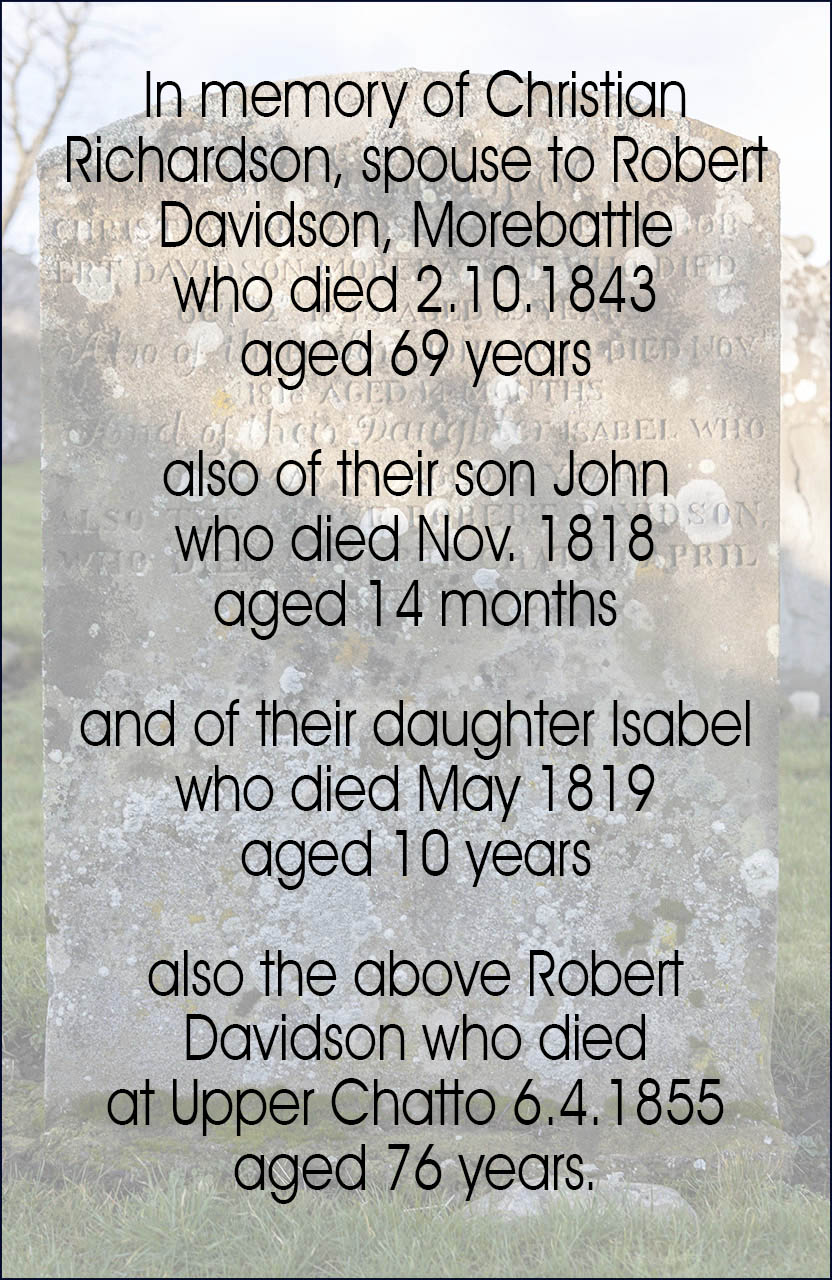 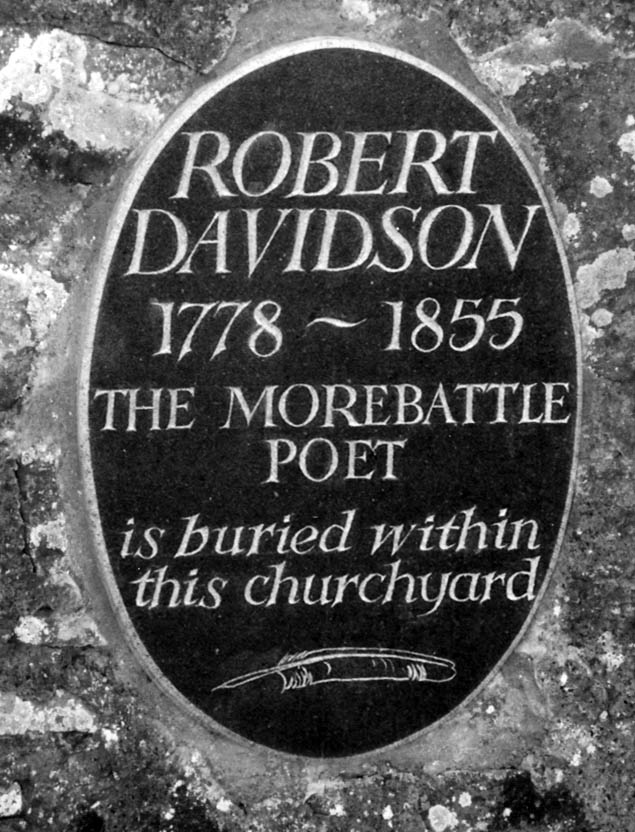